Include all conversion therapies in legislative ban, says autistic community

Although the government’s Conversion Practices Prohibition Legislation Bill is welcome progress, it should be extended to ban all conversion therapy in Aotearoa New Zealand, say members of the autistic community.

In a submission to the Justice Select Committee, members from New Zealand autistic community groups say while they fully supported a ban on conversion practices targeting sexual orientation, gender identity and gender expression, protections should be extended to include all New Zealanders subject to these practices, especially neuro-diverse communities among whom conversion therapies also cause considerable harm.

The submission, prepared by Te Hapori Whai Takiwātanga o Aotearoa (AutismAotearoa.org), an initiative of the Autistic Collaboration Trust (AutCollab.org), notes that a significant population being treated by such therapies in Aotearoa New Zealand today is autistic children. Conversion therapies remain widely used to try to radically modify the behaviour of autistic children and to deny autistic coping mechanisms for sensory overload.

The Bill as drafted proposes to outlaw Conversion Therapy as it relates to sexual orientation, gender identity and gender expression.

This form of conversion therapy is, historically, a by-product of Applied Behaviour Analysis (ABA) from the United States, which was developed using experiments on autistic children. Its pioneers also claimed it might ‘cure’ ‘heteronormative deviance’ (homosexuality being a psychological disorder in medical literature until the mid-1970s) – a claim this Bill acknowledges ought to become criminal.

Although progress has been made around the world outlawing Gay Conversion Therapy, ABA continues to be practised as a treatment in Aotearoa New Zealand for autistic people, especially children, despite the harm it produces.

Co-author of the submission, Jorn Bettin, says the autistic community welcomes the protections in the Bill for the Rainbow community, but is urging Parliament to be more inclusive. A more complete definition of conversion therapy would extend protections being advanced for Rainbow communities to neuro-diverse communities that continue to endure significant harm from these practices.

“The Bill’s current definition of Conversion Therapy offers no protection for members of the neuro-diverse community, particularly autistic children, who are regularly subject to these horrendous practices,” said Jorn Bettin.

Of particular concern was that the ABA industry was promoting these therapies for younger and younger children – the notion of ‘early intervention’.

“Consider the impact of ABA practices on young neuro-divergent children. They’re being taught very early that they aren’t normal and they need to be ‘corrected’ or ‘cured’ of something that actually isn’t an abnormality or disease, but rather is simply part of their identity due to their neurological make-up,” said Jorn Bettin.

“This is an opportunity for Parliament to take a lead and include protections for all New Zealanders, including neuro-diverse communities.”

Co-author Alice Richardson said the submission summarised research in the field, showing how these conversion therapies are applied to autistic people, and these therapies are not merely ineffectual, but also extremely harmful. These therapies were a contributor to the poor mental health outcomes for neuro-diverse communities, including higher rates of suicide.

“Almost half of autistic people subjected to these therapies develop Post Traumatic Stress Disorder (PTSD),” she said. “Mental health outcomes among neuro-diverse communities reflect the trauma of these therapies.

“We know the government is focused on improving mental health outcomes,” said Jorn Bettin. “Expanding this Bill to address all conversion therapies not just Gay Conversion Therapy offers a strategic opportunity to address the serious mental health challenges faced by a great many neuro-divergent New Zealanders.”

Te Hapori Whai Takiwātanga o Aotearoa offers education about autistic culture from a first hand perspective and it provides a safe environment where parents, educators, and employers can connect with autistic parents and the wider autistic community. The autistic community members who are curating and jointly developing the educational material and services featured on AutismAotearoa.org, the website of the New Zealand Autistic Community, are involved in the neurodiversity movement.

Te Hapori Whai Takiwātanga o Aotearoa is an initiative of the Autistic Collaboration Trust. You can support our mahi with your donation. 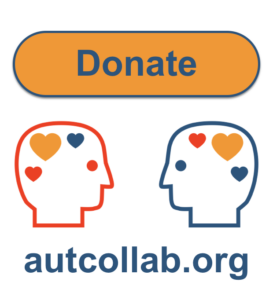